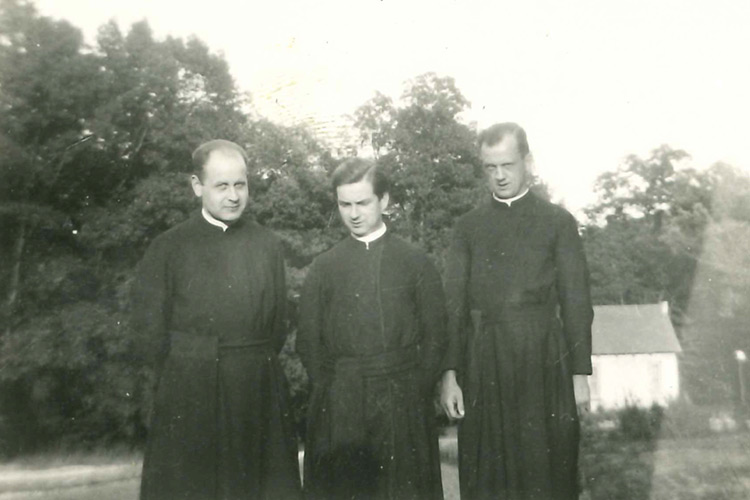 If the Camillian community was going to prosper in the United States, it would need to provide training facilities to attract American men. The property known as Durward’s Glen, near Baraboo WI, was donated to the Camillians in 1933. It proved to be an ideal location for such facilities. In September 1935 the Camillians dedicated their novitiate building in “the Glen.” A novitiate is the time when a member of a religious order learns about the religious and spiritual life, prior to taking vows, in order to discern whether they are called to religious life. At that time the novitiate lasted for one year. [The building where novitiate studies take place is also known as the novitiate.]

The opening of the novitiate worked well because three American men began their religious training there in the fall of 1935: Brother Melvin Vogel, Brother George Garrity, and Brother Joseph McCann. Brother Melvin had vivid memories of the early years at the Glen. Discipline was strict with no vacations and no spending money. He remembered that the novices’ allotment of cigarettes was three on Sunday and three on Wednesday! The building where the men did their novitiate training was a log structure built by local men and strong young Camillians. Brother Melvin was one of the builders. He had been an electrician before entering the community. He was responsible for wiring the new building, which included a chapel, living and recreational space. The novitiate was well built as it remains standing today.