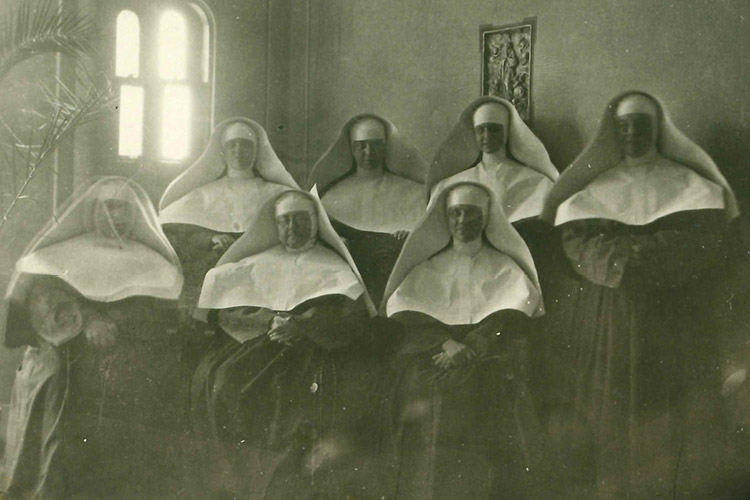 In the Camillian’s early years in Milwaukee the brothers and priests were able to handle virtually all of the work necessary for their hospital to function. However, as the opening of the new hospital in Wauwatosa loomed in 1932, the priests met in late 1931 to discuss the possibility of inviting an order of sisters from Italy to come to work at the new hospital. Coincidentally, Fr. Ferdinand Langenkamp had made contact with the Sisters of Charity of St. Joan Antida while on a recent trip to Italy.

In September of 1932, the Sisters of Charity of St. Joan Antida made their way to Milwaukee where they founded their community in the United States. Fr. Langenkamp was instrumental in bringing them to the hospital because he saw an increased need for domestic workers as the hospital grew. The sisters worked in the kitchen and laundry. Their first quarters were within the hospital, and in 1958 a separate convent was built for them next to the hospital. The Order did well in Milwaukee. where it operated St. Joan Antida High School and the St. Joan Antida Home for Aged Women, as well as doing parish work.

Because of a decrease in vocations and the success of other endeavors, in 1967 the Sisters decided that they could no longer provide staff to the hospital. Both sides were saddened by the loss service to the hospital where the Sisters had aided the work of the Camillians for over 35years.