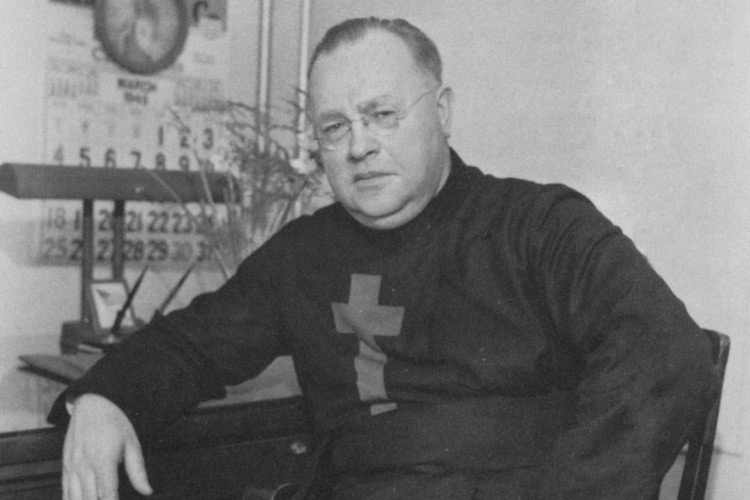 Father Charles Mansfeld was a true pioneer of the Camillians in the United States. He was born in Germany, joined the Camillians in his teens, served in German military field hospitals during World War I, and arrived in the United States in 1924. He returned to Germany after World War II, and he participated in the meetings of the Second Vatican Council in the 1960s. Throughout this fascinating life he was an exemplary Camillian.

In 1924, the year the community opened their first hospital, Fr. Mansfeld arrived in the United States to serve at the hospital. He was instrumental in purchasing the land in Wauwatosa on which the present-day St. Camillus exists. Likewise, he supervised the building of St. Camillus Hospital. Without Fr. Mansfeld’s contributions it is safe to say that St. Camillus as we know it would not exist.

In the mid-1930s in Germany the Nazis were persecuting many groups, among them were Catholic clergy. In 1935 Fr. Mansfeld returned to Germany as a representative of the Camillians in order to deal with the Nazi government which had been harassing members of the order. He succeeded in obtaining more favorable conditions for members of the order and the release of one of their priests from a concentration camp. Following World War II Father was elected Superior General of the Order, the head of all Camillian communities throughout the world. He is the only American Camillian to hold that office. When he died in 1972 the order lost one of its giants. He is buried at St. Mary of the Pines Cemetery in Durward’s Glen, WI.