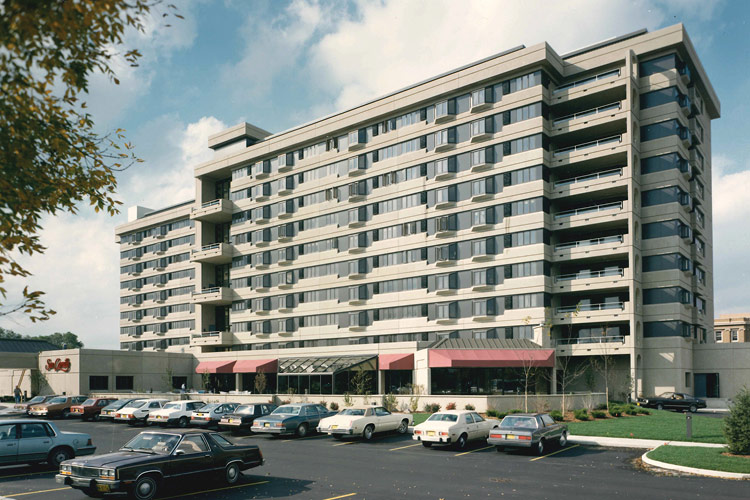 Today the existence of retirement “communities” is taken for granted.  Not too long ago they did not exist.  Senior citizens either lived at home or they moved to “nursing” homes.  The image of nursing homes was generally not positive.  Such facilities were said to have small rooms, bad food and inadequate health care. In the 1970s the concept of “retirement communities” began to replace the stigma sometimes associated with nursing homes.  The retirement community represented a continuum of care from independent living apartments to assisted living facilities to home health and hospice care, all under “one roof.”

The first proposal to build independent living apartments was made to the St. Camillus Advisory Board in 1980.  After visiting similar facilities the board strongly supported the idea of building an independent living facility on our campus.  The plan was to build a multi-story structure that would be an independent community and would provide its residents with short and long term health care choices.  It would also provide the type of community experiences the residents were used to when they lived in their own homes.  There would be many activities: concerts, church, tours, crafts, beauty salon and barber shop, country store, bank, etc.  The goal was to make the residents’ retirement years as secure and happy as possible.

The independent living idea seems to have worked well.  Ground was broken for San Camillo in April 1985.  With great fanfare and activity the first residents moved into their apartments on September 3, 1986.  San Camillo Phase II opened in 1991 with an additional 97 apartments. And the soon to open East Residence will add even more apartments.  What a great idea!