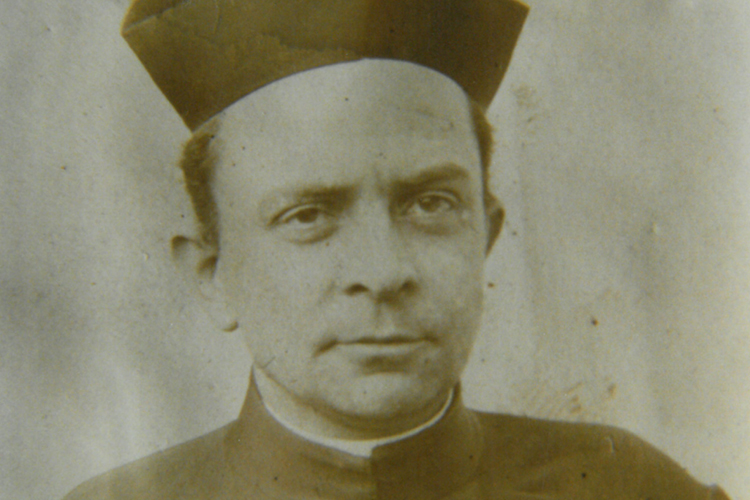 In 2021 the Camillian Order will observe the centennial of their arrival in the United States. Do you know the name of the first Camillian to arrive in the United States? It was Father Michael Mueller, who arrived in Wisconsin in September 1921. Like all of the early Camillians in this country Fr. Mueller came from Germany.  As a leader in any new endeavor, Fr. Mueller faced hurdles that many pioneers have overcome through the years. Some had to do with finding work and raising funds for the community. Other obstacles were more mundane such as complaints about weather and language issues.

Father Mueller’s letters back to the Camillians in Germany made clear that the life he was living in Milwaukee was not easy. He writes to his provincial about how he is able to raise money for his own living expenses and that he will send money to Germany when possible.  He frequently asks for men to be assigned to Wisconsin because everyone here supports their cause. But he only wants good men, and they must be able to speak some English. The area desperately needs male nurses so finding work for them will be easy, he wrote.

All of Father’s letters contain news related to“business” matters, but they also provide insight into some the issues he ran into in daily life. In one letter he mentioned that he had recently lost some teeth and was wondering how he would pay for the necessary dental work. In another he said that he was able to cope with being alone, but “I can find no pleasure at all in needing to speak English constantly.” And, of course, he complains about the weather. Winter in Milwaukee, he says, is even worse than in the Rhineland!