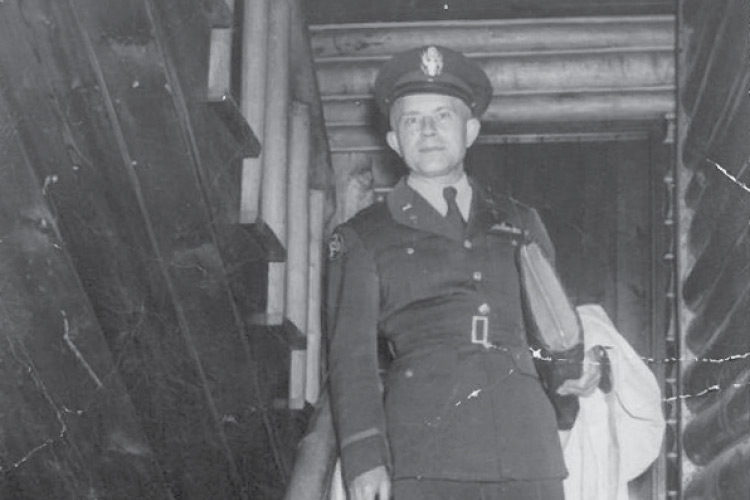 What a fascinating life Father Konieczny led! He was born in Poland and ordained in Germany. He came to the United States in 1933 and became a citizen in 1937. He was a novice master and pastor, a chaplain and a superior. In 1943 he joined the U.S.  Army as a chaplain and he served overseas. After the war he even founded a parish.

Father Konieczny was a Camillian for over sixty years.  Perhaps the most notable times of his life were the years in the army. His travels took him from Wisconsin to California to Pearl Harbor to Saipan in the South Pacific and to Nuremberg, Germany. Nuremberg was the site of the Nazi war crimes trials, where Father was a chaplain. In his words, “Here I was, a boy born in Poland, now an officer in the United States Army taking care of the would-be world conquerors, who were begging for favors.”

Father was known as a kind and generous man.  He told of an experience in post-war Germany. Christmas was coming and Father asked a toy manufacturer to donate toys to a party for refugee children. The man presented him with boxes and boxes of toys!  A short time later, a woman told Father that her organization was also planning a different party for children and could he procure toys for her to give away at that party.  Without thinking, Father told her to take all of the toys that he had just been given. Fortunately when he was asked again the toy maker was not surprised at Father Francis’ generosity and he gave him a new supply of toys.

Father Konieczny’s life as a Camillian was blessed with a remarkable range of experiences, and he relished each one.