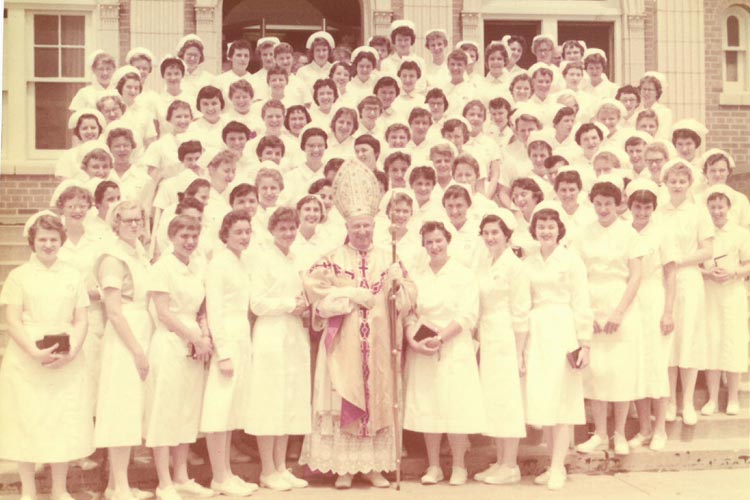 The Camillians have always supported good health care in southeastern Wisconsin. In July 1959 Saint Camillus Hospital hosted the first Eucharistic Tribute to Nurses which honored nurses and hospital personnel. The event was open to the general public and to all hospital employees in the ten counties that comprised the Archdiocese of Milwaukee. At the first event a prominent local choir sang and student nurses from various nursing schools formed an honor guard. Milwaukee Archbishop William E. Cousins presided and preached at the Mass. He spoke on the theme of “Give yourself for the love of your neighbor.” The tribute was a big success as some two thousand people attended the event.

Due to the success of the first event, Camillian Father Mathias Gilles stated that the Camillians would like to make the Mass an annual event. The theme of the 1960 observance according to Gilles was “Eucharistic Tribute for the Servants of the Sick.” Richard Cardinal Cushing, Archbishop of Boston would preside and preach at the Mass. The Camillians operated a hospital near Boston so it made sense for Cushing to come to Milwaukee for this event. He was a prominent member of the American hierarchy and an excellent speaker. He did not disappoint as close to three thousand people attended the Mass and heard him urge hospital workers to “sow the good seed of Christianity through self-sacrificing and service to fellow men.”

The Eucharistic Field Masses continued through 1962.